Emotional Regulation: 7 Things to Know About It With Your Teen

Home/Uncategorized/Emotional Regulation: 7 Things to Know About It With Your Teen
Previous

Emotional Regulation: 7 Things to Know About It With Your Teen

Perhaps you may or may not have heard or known about emotional regulation. You may ask, “What is it and how is it important in relationship with my teen?” So, it is the way or manner one recognizes, manages, and responds with one’s emotions. In other words, it’s the “how” you keep yourself in check with people (including yourself) and situations. Further, in a more positive light, it is very much a part of emotional intelligence. 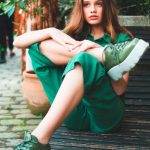 As for teenagers, they don’t regulate their emotions the same way adults do. While there are plenty of stereotypes and tropes about hormonal teenagers, there’s some truth to their struggles. Teens don’t have the experiences or the “trial and error” on coping with their emotions. Further, certain areas of their brains are still developing making it harder for them to problem-solve and realize future consequences.

Thankfully, as a parent, there are things you can do to help your teen with emotional regulation. By teaching them these skills now, you’ll prepare them for adulthood and they’ll have an easier time managing their emotions and feelings as they step into the real world.

Set an Example of Emotional Regulation

Though it might not always seem like it, your teen is watching everything you do and say. They’re listening and observing. They still look to you regarding what they should and shouldn’t be doing. So, by default you are a role model when it comes to emotional regulation. Show them how to respond to distressing events and express emotions in healthy ways. Often, that can go further than talking to them about the same subjects.

It’s not uncommon for teens to struggle with emotional regulation, but they might be struggling more with how to talk about such things. The emotions may be new, “weird” or difficult to recognize let alone regulate. Provide a safe and open space for them to turn to. Your home should foster an environment of security where they can freely express their emotions without judgment. When they know they’re safe in opening up to you, they’re more likely to show vulnerability.

Identify the Reality Behind Emotions

Has your teen daughter ever come home thinking that her circle of friends suddenly hates her? Has your son ever thought the 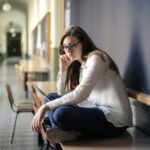 whole baseball team was talking behind his back? Of course, they might act like these situations are the end of the world, but more often than not, they aren’t based on reality.

Use those situations as learning opportunities. Let your teen know that feelings don’t always depict reality—at least, not the whole picture. Explaining that can make it easier for them to step back in the future and identify whether their feelings match up to the situation in front of them.

By the time your child is a teenager, they probably think they have a pretty strong understanding of their emotions. But, that’s not always the case. Don’t be afraid to talk to your teen about the emotions they commonly feel. Ask them what they think each emotion is and whether it could be labeled as something else. For example, if your teen says they are angry, could it be that they’re actually frustrated or annoyed? Getting specific will make a big difference in how they express themselves.

Your teen isn’t going to respond well to advice or directions when they feel like you aren’t acknowledging and validating what they’re already feeling. Emotions demand to be felt. When you’re a teenager, it’s just a little harder to determine which emotions are trying to surface. Let your teen explain their feelings to you, acknowledge the feelings, and let them know you are supportive of them. From there, you can start to break things down and help them manage those emotions in more organized and productive ways.

Sometimes, emotions can seem too much or too hard for your teen to handle. They might not be ready to open up or even know how to express themselves to you without frustration. If you believe that’s the case, consider offering different outlets they can use to reduce stress and organize their feelings. Everything from journaling and meditating to exercising and doing artwork can help. Play to your teen’s natural interests, and they’ll learn to organize and express their emotions in healthier ways. 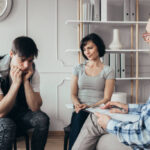 If you feel you’re in over your head when it comes to helping your teen regulate their emotions, you don’t have to do it alone. Feel free to contact us here with Pathways Counseling Services to set up an appointment for yourself or your teen. Together, we’ll work on skills to identify and manage emotions effectively, so your teen will have a more confidence with understanding and regulating their emotions into adulthood.