Hope for Your Relationship

Hope for Your Relationship

If you and your partner are dissatisfied in your relationship, you are not alone…

Through the course of life, many people engage in intimate relationships that have not lived up to their expectations in one form or another. As a result, they feel stuck or stagnate, distant, alone, empty and just plain dissatisfied in their relationship. Life and the stress of life wear us down and we long for a companion who listens, understands, hangs out, and cheers for us. However, emotional distance, the rat race of life, trying to pay bills, managing schedules, and a whole bunch of other stuff leads many couples feeling hopeless, dejected and giving up on having any kind of satisfying relationship. So what ends up happening is they tend to lash out at the other partner, withhold affection, become angry, maybe a bit hyper-sensitive to the other partner’s mannerisms or 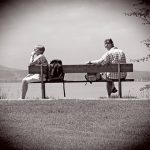 lack of involvement in being a couple. After a while, they may start to look elsewhere for love, affection, hope, peace, and fulfillment. This may not be their desire because they truly want to make things work but just are stuck or many times they don’t know how to work through the challenges and difficulties of the relationship.

Please don’t remain stuck, angry, lonely, tired and scared in your relationship. With Joel’s compassion, insight and experience you can:

How do I know counseling will help us?

Talking to a complete stranger about intimate and private matters

truly seems a bit overwhelming at first and I can definitely understand the hesitation and perhaps a little pessimism about going to counseling. A lot of couples I’ve worked with have felt the same way in the beginning in terms of not knowing what to expect, if they will like me or what I have to say or offer, wondering if their partner is going to “stick it out” in the counseling process, or if things will ever get better. What many couples found was that through the first few sessions of them applying what they learned in session with me and more importantly what they learned about each other, they quickly began to see hope that their relationship was changing for the better.

What if our disagreements don’t seem to be resolvable?

This is a common fear with many couples and it’s a legitimate one given the fact that many times in the past disagreements have turned into conflict and thus unproductive at best if not cause for intervention. Many couples who I’ve seen initially felt this same way and have felt discouraged. However, couples who were willing to work on their relationship found that little by little when they turned toward each other putting to practice what they learned found that they not only became more hopeful and encouraged but regained what they had lost and gained “tools” for a happier and fulfilling relationship.

This concern may be the most common with many couples I have seen. It really is not surprising for you to feel this way. Couples who are stuck in their relationship rarely have any leftover emotional energy to devote back to their relationship. After all, they have gone down A LOT of dead-end roads in an attempt to resolve their problems and things either didn’t change or even became worse! What these couples found was that early in counseling the renewed 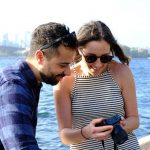 hope they felt (after discovering the keys to a fulfilling relationship) quickly energized them. A taste of success for their relationship really motivated them to work harder than they would have ever imagined.

If you have any questions, please don’t hesitate to contact us here at Pathways either by phone (520-292-9750) or email (joel@pathwaystucson.com).

About the Author: JoelA